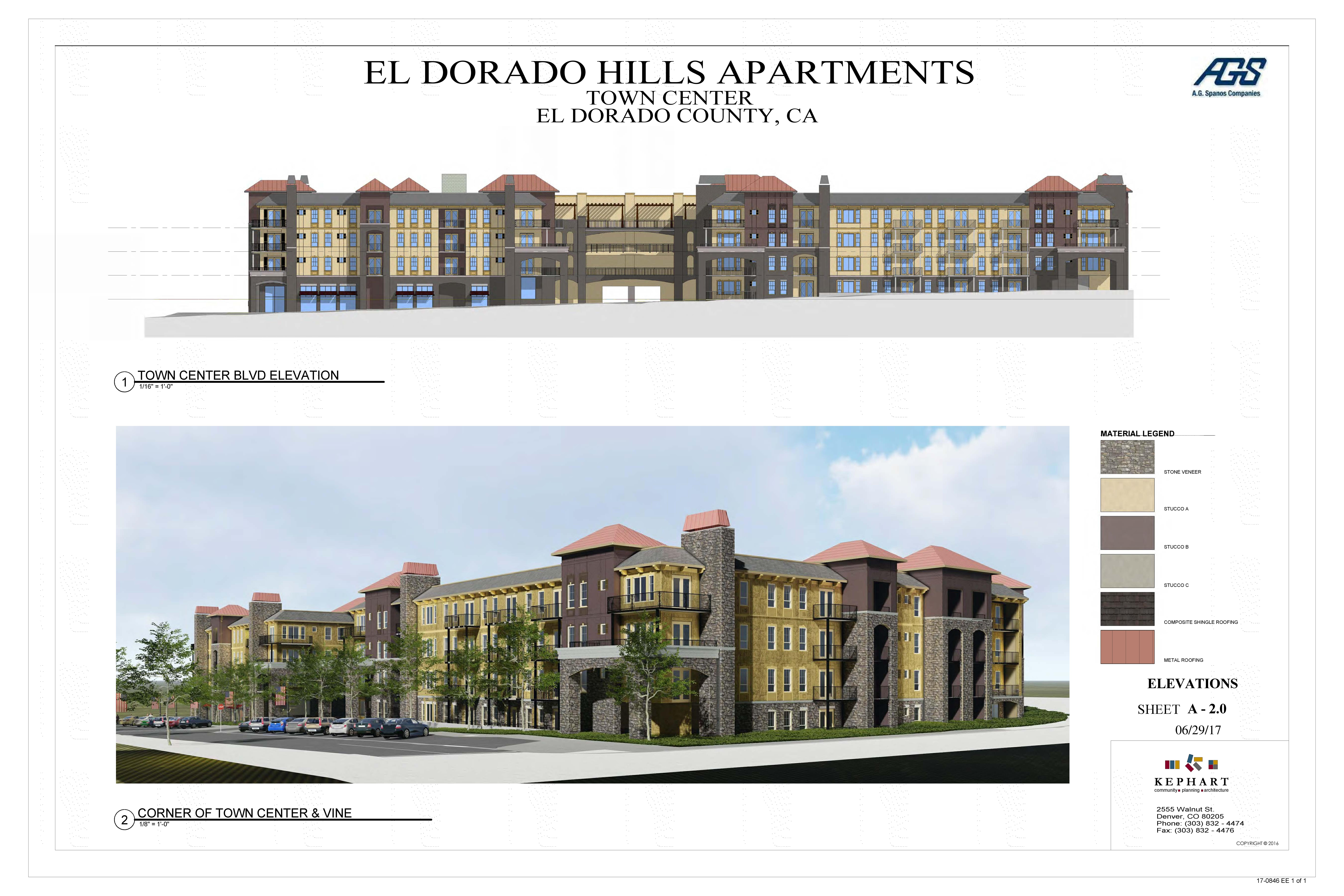 At the January 11, 2018  El Dorado County Planning Commission hearing, Commissioners approved the El Dorado Hills Apartments A16-0001 project by a 3-2 vote, and approved the findings for denial of the Saratoga Retail DR08-0003-R project.

The Saratoga Retail project, originally approved in 2009 as the Shops at El Dorado Hills as a compromise between area neighbors, El Dorado Hills residents, El Dorado County, and the developer to limit the project to a Walgreens pharmacy with a drive thru for phase one, and phase two would consist of ’boutique’ shops in two buildings, that would serve the local neighborhood, as well as El Dorado Hills, and would not be ‘tourist drawing in nature’. The applicant sought to modify phase two by reducing overall square footage of phase two, but sought to add a third building, and two drive thru fast-food restaurants.  The Planning Commission, after hearing from numerous residents in El Dorado Hills, decided to deny the project based on concerns regarding traffic/circulation, noise, aesthetics, environmental effects, and found that the project does not comply with the El Dorado County Zoning Ordinance’s parking requirements. The applicant can submit a revised project within 12 months, and additionally, has 10 days to appeal the ruling to the Board Of Supervisors.

The El Dorado Hills Apartments project was approved on a 3-2 vote, with District 1 Planning Commissioner Jon Vegna, and District 4 Planning Commissioner James Williams voting against approving the project. The project is scaled down from a previously approved project on the site (that is currently appealing litigation that stopped the project). Instead of a 250 unit complex, it has been downsized to 214 units, in two 4-story buildings, with one 5-story parking garage in the center. EDH APAC submitted a recommendation of non-support for the project primarily based on traffic impacts, land zoning/use conflicts, the loss of future sales tax  and transient occupancy tax revenues, the loss of retail/commercial space in the Town Center Planned Development, and a General Plan amendment, changing the voter approved El Dorado County General Plan standard for multi-family density from its current 24 dwelling units per acre, and essentially doubling it to 47 dwelling units per acre for this project. The project now goes to the El Dorado County Board of Supervisors for final approval. El Dorado County residents can still submit public comments, questions, and concerns, either supporting or opposing the project, to the Board of Supervisors. The hearing date for the project has yet to be scheduled.